What Is The Jeunesse Kids Charitable Organization I Jeunesse Global

What Is The Jeunesse Kids Charitable Organization


Jeunesse Kids™ is a new charitable organization that makes it easy for Jeunesse distributors to really make a difference. As a corporate sponsor of Global Village and Feed The Children, Jeunesse Kids™ directly affects the lives of underprivileged children throughout the world.

Through Global Village, Jeunesse Kids™ is able to: 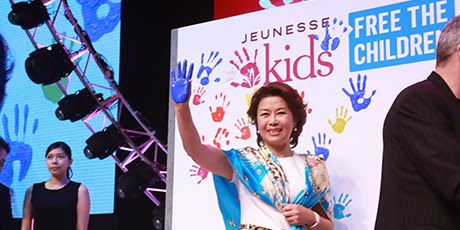 Jeunesse Kids™ is giving children the rights they should’ve had from birth: the claim to health, the opportunity to learn, and the protection they need to grow. In late September, 2014, at EXPO5 in Macau, Jeunesse announced a new collaboration. Jeunesse Kids™, the company’s charitable foundation, joined with renowned non-profit, Free the Children to release kids from famine, lack of access to education, and exploitation. Jeunesse formed this partnership to center on their social responsibility to the community, encouraging its distributors to do the same. Over $350 thousand was raised for their Adopt-a-Village Program—which will build independent, sustainable communities and help break the cycle of poverty.


Free The Children is an international charity and partner with Jeunesse Kids™. Founded in 1995 by international activist Craig Kielburger, Free The Children believes in a world where young people are free to achieve their fullest potential and empowers youth to remove barriers that prevent them from being active local and global citizens. The organization’s domestic programs—which include We Day, Free The Children’s signature youth empowerment event—educate, engage and empower 2.3 million youth across North America and United Kingdom.

Global Village is a 501(c)(3) non-profit organization staffed completely by volunteers. As a corporate sponsor, Jeunesse Kids™ is in good company with other champions including Muhammad Ali, Michael Jordan, Buzz Aldrin, and more. Donations from Global Village partners and members are able to go directly to people who are hungry and in need. And because Global Village is already established in dozens of countries, infrastructure is already in place to determine specific needs and fulfill them in the most efficient way possible.

stay connect with us